Go Forth and Listen | A Linking Mess News flash: people like to talk about themselves. So part of being a good conversationalist is being a good listener. This article provides six things you can do to be a better listener – in an easy-to-read list format!

Most of this is pretty good advice, but I take issue with one of the suggestions: saying the other person’s name. I find this “conversational trick” weird and unnatural. Anytime someone starts off with, “Nice to meet you, Shela. How are you doing today, Shela? It was great talking to you, Shela,” I feel awkward. But, apparently most people like the sound of their own names, so this should still work out well for you.

Go forth and listen.

Putting the “English” back in “English teacher.”

I can tell you what’s grammatically wrong with a sentence, but sometimes, I can’t tell you why. END_OF_DOCUMENT_TOKEN_TO_BE_REPLACED

A Reminder to Remember – Some Thoughts About Memory | A Linking Mess

If you really want to remember something, write it down.

Way way way back in 2005, when I started college, hardly anybody brought laptops to class. We took notes by hand with pen and paper, then trudged back to our dorms uphill in the snow, barefoot. Today’s classrooms are filled with youngsters taking notes on their laptops or tablets (or pretending to take notes while they play games or surf the web), but this may not be a good thing. END_OF_DOCUMENT_TOKEN_TO_BE_REPLACED The simple act of standing up

Last year, I converted my desk at work into a standing desk and because I do almost all my work on a computer, I’m now standing for 6-7 hours a day. At first, I thought I might regret my decision as my feet and back ached for a couple weeks, but I slowly got used to it and now have come to enjoy it. In this article, a leading UK medical consultant says the benefits of standing during the day are numerous, and the act is more practical than trying to incorporate “moderate” activity for 30 minutes into your daily routine. Simply standing for three hours a day can add years to your life by fighting heart disease and decreasing the risk of certain cancers. Sure, I sometimes have to reconsider my shoe choices (or stand barefoot), but I’ve noticed that I feel healthier just by standing all day. It’s a pretty easy change that makes a pretty big difference.

Another healthy dose of writing advice

When I come across an article about grammar or writing, I can’t resist it. And this one touches on a topic I think is extremely important – how people present themselves in professional emails. Your email writing style says a lot about you and, if you’re making the mistakes outlined in this article, what you’re saying is not good. Some things to avoid include: using emojis, making errant typos, adding too many personal details, and asking questions you should already know the answer to.

Some Great Pointers For Your Daily Workload: A Linking Mess 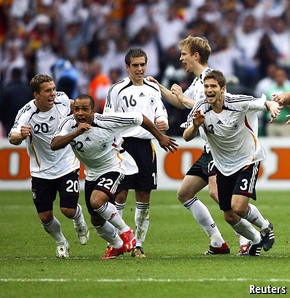 I love the World Cup, and my favorite team playing in Brazil other than the U.S. is England, which, come to think of it, probably isn’t in Brazil anymore since they were eliminated Tuesday. The Brits have trouble in penalty shootouts (a series of penalty shots taken after a tie game to determine the winner), and here’s an interesting article that links nations and their shootout success. The Germans, not surprisingly, are fantastic in shootouts.

How to handle pressure: lessons from penalty shoot-outs – The Economist

Grumpy people are better at their jobs.

I didn’t find this article’s argument, which is based on research, very compelling. But, because I tend to be grumpy and critical, I tried very hard to be convinced. Actually, the headline made me think that the research would suggest that “haters” are better employees because they have better critical skills and question the status quo. But it didn’t say that at all – it said that positive people got involved in more work projects and activities than negative people, which means that positive types weren’t as focused as those who are negative.

This article will have you gasping in disbelief. END_OF_DOCUMENT_TOKEN_TO_BE_REPLACED

Are the Grammar Police Watching You? Also, Meetings. | A Linking Mess

Stopped by the Grammar Police

As a writer, grammar is a subject near and dear to my heart. And my heart breaks every time I log onto Facebook and see the blatant destruction of the English language. This pain intensifies when I see egregious grammar mistakes in professional emails. How we write is a reflection of who we are. But who can remember all those pesky grammar rules we learned in school? For some of us, that was quite a while ago. Never fear – this article contains a grammar cheat sheet with everything from the basics (their, there, and they’re) to the more difficult (lay and lie). There’s also a fun cartoon to illustrate why the Oxford comma is important (and although the author declares herself “team OC,” she fails to use the OC anywhere in her article…tsk tsk).

Beyond You’re vs. Your: A Grammar Cheat Sheet Even the Pros Can Use – Uberflip

People spend a lot of their time in meetings. While it would be nice if these meetings were planned weeks in advance, with time to prepare, that’s not always the case. When spontaneous meetings erupt, this article can help keep you on track and ensure everyone gets what they need out of last-minute meetings. Some suggestions include setting a goal, keeping the meeting on point, and keeping it short.

END_OF_DOCUMENT_TOKEN_TO_BE_REPLACED 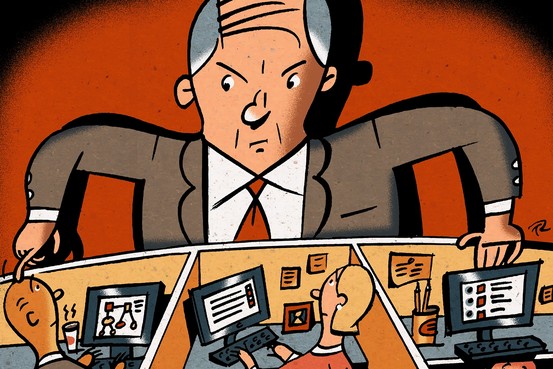 Do you have an unreasonable boss? I certainly don’t! (Thanks for reading, John.) Are tough, aggressive bosses going by the wayside in an era when companies like Netflix have a “no-jerk rule”? Or does it still take sharp elbows and a demanding nature to push employees? There are so many ways to effectively manage employees without resorting to intimidation and anger, which I think makes that approach obsolete. Does that sound soft? There’s a difference between being stern and a bully.

“If you want to change the world, start off by making your bed.”

I’m not a fan of commencement addresses. I detest the usual Pollyanna messaging and “you are the country’s future” appeal. END_OF_DOCUMENT_TOKEN_TO_BE_REPLACED 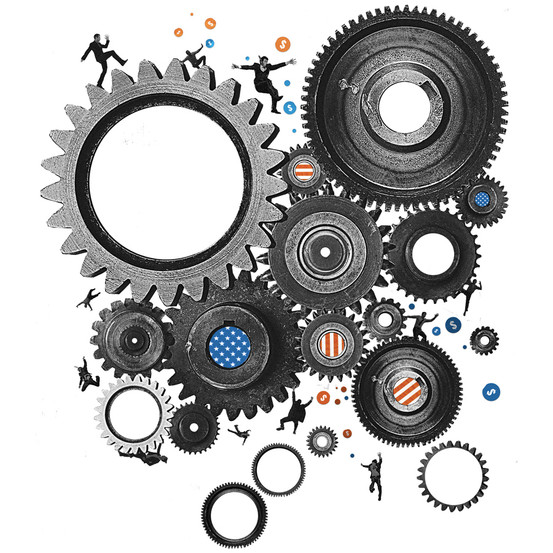 This isn’t the first article about “reverse mentoring” that I’ve linked to, and that’s because I think it’s an important subject. I understand how reluctant an “older” employee would be END_OF_DOCUMENT_TOKEN_TO_BE_REPLACED

Learn How to Unthink Something Through | A Linking Mess

Sometimes thinking is a bad idea.

It turns out that “Just Do It” is more than a marketing slogan. Read this piece to hear about how “unthinking” is “the ability to apply years of learning at the crucial moment by removing your thinking self from the equation.” Everyone is familiar with the concept of overthinking things, whether it’s golf or writing a simple email or maybe even creating something in your kitchen. I heard a lot about “muscle memory” as a baseball player. If you practice something enough, you won’t have to think about the step-by-step process when it matters most. Evidently, there’s a lot to that.

Am I adorkable for loving words?

The internet has been creating words – have you noticed? END_OF_DOCUMENT_TOKEN_TO_BE_REPLACED

Some Thoughts About The Working Woman | A Linking Mess

Shela here again, filling in for Paul and talking about girl power. I’ve been lucky enough not to have faced any gender discrimination in my relatively short time in the work force. But I know it’s out there and it’s still a problem for many women, especially those trying to climb the corporate ladder. Unfortunately, changing minds takes time. It’s a real bummer, but there are things women can do to help effect change.

How Women Can Get Ahead at Work: A New Manual – Forbes

This article reviews a book that instructs women on dealing with double standards at work – What Works for Women at Work by Joan C. Williams and Rachel Dempsey. This book is big…365 pages of advice for staying on par with men in the workplace. It’s a little sad, to me, that women need SO MANY pointers just to get noticed at work. But I digress. END_OF_DOCUMENT_TOKEN_TO_BE_REPLACED

Simple Fixes to Improve Your Credibility – A Linking Mess

Tired of articles about the importance of writing? Sorry. I like this piece because, well, I agree with it. It has a few obvious points, such as the idea that even if you’re not a writer by trade, you are still “publishing” material every day – whether it’s an email, work memo, or even Facebook post. People judge others based on their writing. I know I do. Is that fair? If someone sends an email with typos, does that mean they’re careless and not detail-oriented? If someone takes a roundabout way to make a point, making your head spin, does that mean they’re disorganized?