We started the Life@Leggett blog to offer a glimpse into the culture of Leggett & Platt. We publish content and tell stories from all corners of our company.

Our primary purpose for this blog is to attract, inform, and engage talented jobseekers, so take your time and poke around a bit.

And now for some L&P history! (You never know when you’ll need to be the hero at Trivia Night.)

1890 – First factory and office built in Carthage, Missouri
On a nice day in 1890, employees at Leggett & Platt texted everyone in their contacts list to set up a moving party. We hauled everything from a temporary building to our first factory in downtown Carthage, Missouri. We’re still in Carthage, which is a few miles from Joplin and the “Four States” region – other than Missouri, the other three are Kansas, Oklahoma, and Arkansas.

1900 – Second factory built in Louisville, KY
Eventually, people figured out what we already knew – Leggett & Platt bedsprings were just better than the alternative. With customers pounding on the doors of our Carthage plant to get more bedsprings, we opened a new factory in Louisville, KY. The factory was franchised by Harry Platt, C.B. Platt’s brother.

1901 – Leggett & Platt incorporates
With a dozen patents and their livelihoods at stake, J.P. Leggett and C.B. Platt decided to implement a formal business structure. They incorporated the company under the snappy moniker Leggett & Platt Spring Bed & Manufacturing Company.

1933 – Mattress innerspring manufacturing began
Until 1933, our manufacturing lineup consisted of bedsprings and box springs. Though these two products were fabulous on their own, placing springs within the mattress was starting to gain popularity with mattress makers. Leggett & Platt began making comfortable innerspring units, putting an end to the days of sleeping on itchy horsehair mattresses. The horses were especially relieved.

1947 – Major factory opened in Ennis, TX
They say everything is bigger in Texas, and our new factory in Ennis was no exception. We not only brought our employee count up to 500, but expanded our product line to include furniture components. And because bigger is always better, we developed plans to further expand the facility not a year later.

1948 – Expansion of product line beyond bedsprings
As comfortable bedding and furniture products became more mainstream, demand increased dramatically. Because we don’t take product demand lying down (Get it? Because of the bedsprings?), we added rollaway beds and upholstered furniture cushions to our product line.

1968 – New wire-drawing mill streamlined wire supply
In conjunction with Armco Steel Corporation, Leggett & Platt built a wire mill in Carthage, MO, with each company owning half interest in the facility. The deal was finalized with a handshake in a Kansas cornfield during a hunting trip. That is not a joke.

1973 – The innovative Wall Hugger® recliner mechanism was born
With the purchase of Middletown Manufacturing, Leggett & Platt acquired the components and ability to create the revolutionary Wall Hugger®, which allowed a recliner to be placed one inch from a wall instead of awkwardly in the middle of the room. Interior decorators everywhere rejoiced.

1977 – Corporate headquarters construction began
In 1977, Leggett & Platt began construction on our new corporate headquarters located in sunny Carthage, MO. Centrally located in the United States, Carthage boasts an impressive 14,000 citizens and is known as “America’s Maple Leaf City.” Though it’s famous for the Battle of Carthage during the Civil War, it’s a relatively quiet place today.

1979 – First listed on New York Stock Exchange under the symbol LEG
Following a bumpy decade of growth, recession, and disco, we nailed down a solid strategy and an experienced management team. This photo is either when our stock was first listed on the New York Stock Exchange or when our executives found the world’s largest fortune cookie. Either way, it was one lucky day.

1981 – Leggett & Platt went international
When you have a product patented in 23 countries (like our Mira-Coil®), it only makes sense to expand on a global scale. If you dust off your 1981 Leggett & Platt Annual Report, you’ll find an outline of how the new division would help us become recognized as The Components People®.

1985 – First joined Fortune 500 list of largest U.S. manufacturers
At the ripe old age of 102 (and looking not a day over 50), Leggett & Platt was included in Fortune magazine’s list of the 500 largest industrial companies in the United States at number 489. We would later move up the ranks and eventually be included on the overall Fortune 500 list.

1986 – Bonded foam carpet cushioning added to the product line
The acquisition of MPI, Inc. brought polyurethane foam for bedding and furniture as well as carpet cushioning to Leggett & Platt. Our carpet pad division grew so quickly that there’s a good chance our product is under your carpet right now.

1990 – $1 billion in sales
With numerous acquisitions, Leggett & Platt hit $1 billion in sales in 1990. If you stack one billion one-dollar bills on top of each other, you could reach the troposphere – one of the major layers of the earth’s atmosphere.

1999 – First joined the S&P 500 Index
In 1999, Leggett & Platt acquired 29 international companies in places like Australia, Brazil, and Italy. This meant our employees now had the enviable opportunity to travel for business to places like Australia, Brazil, and Italy. By the end of the year, our acquisitions helped us get added to the S&P (Standard & Poor’s) 500 Index.

2012 – Joined aerospace industry
With the acquisition of an aerospace tubing company, Leggett & Platt ventured into the final frontier. That’s right, our products can be found in orbit and on Mars, Venus, and the moon! 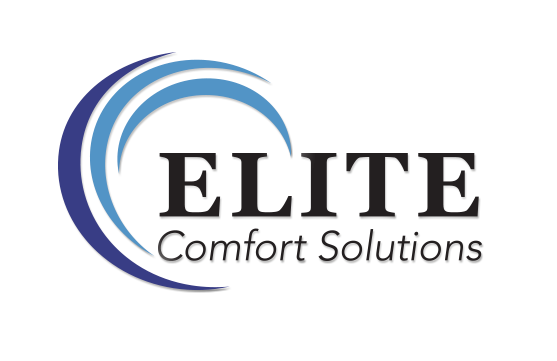 From four to three! At the start of 2020, our organizational structure shifted to three segments: Bedding Products; Specialized Products; and Furniture, Flooring, and Textile Products. 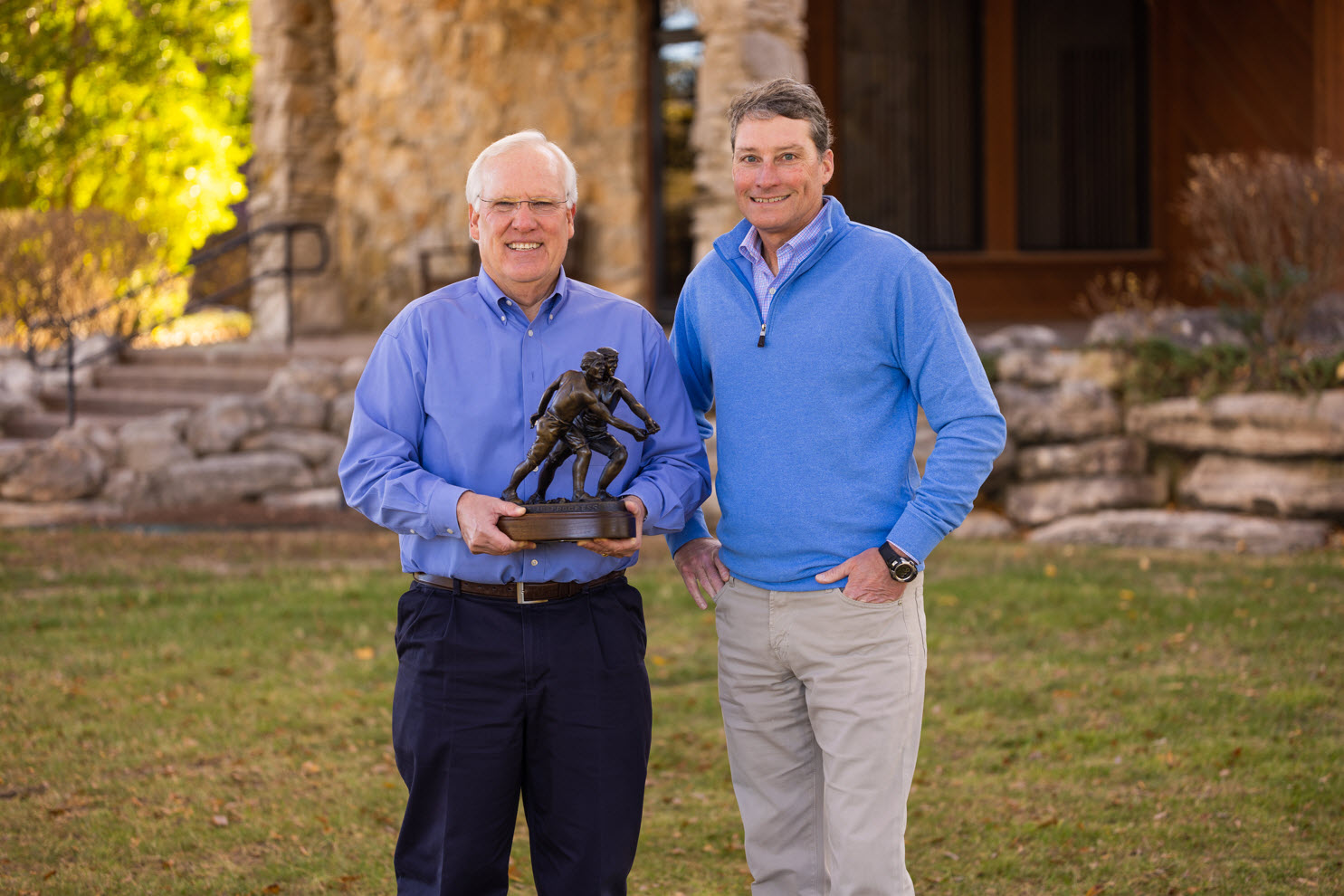 We experienced the result of intentional succession planning efforts with the seamless transition of the CEO role as Mitch Dolloff (pictured at right) transitioned from COO to CEO on January 1, 2022. This transition represents the culmination of many years of close collaboration between Karl Glassman (pictured at left) and Mitch to ensure an orderly transition while providing stakeholder confidence in the next generation of leadership at Leggett & Platt.

DISCLAIMER: All data and information provided on this site is for informational purposes only. The Life@Leggett Blog makes no representations as to accuracy, completeness, currentness, suitability, or validity of any information on this site & will not be liable for any errors, omissions, or delays in this information or any losses, injuries, or damages arising from its display or use. All information is provided on an as-is basis. The opinions expressed by contributors are theirs alone, and do not reflect the opinions of Leggett & Platt. Leggett & Platt is not responsible for the accuracy of any of the information supplied by the contributors.