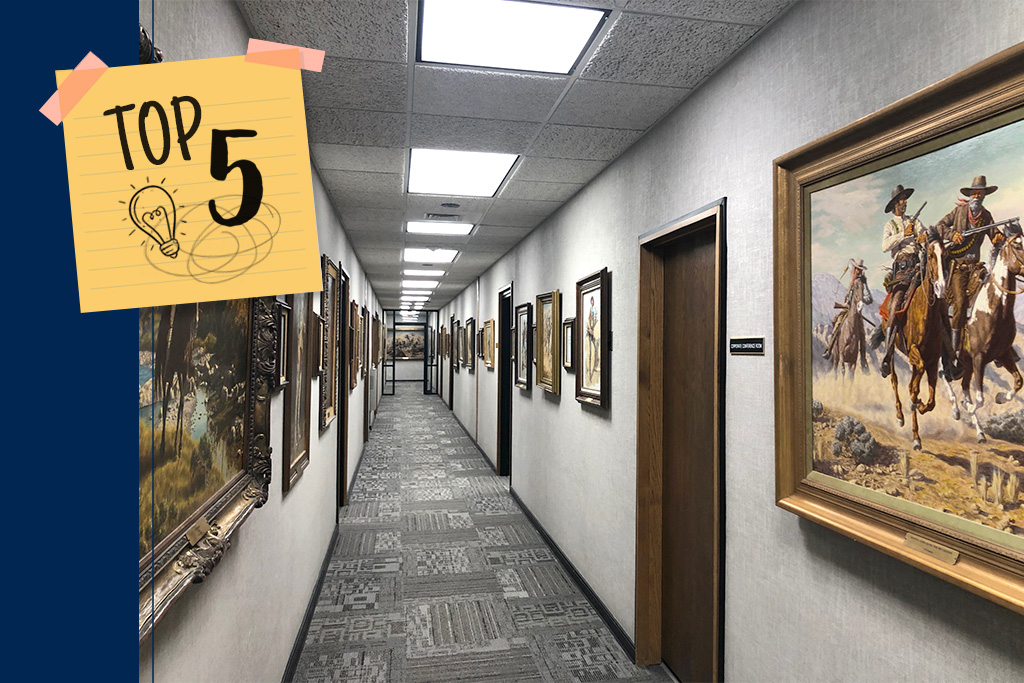 Two of our former CEOs, Harry Cornell and Felix Wright, have always enjoyed and collected fine art, especially works depicting nature and the American West. Many of these original paintings and sculptures line the hallways of our Corporate Office.

We asked the collection curators, Ken Southwick and Ned Mayes from Marketing + Creative, to tell us about their favorites. Here are their Top 5:

This painting captures the subtle, fire-lit interior of the Indian artist’s teepee in a beautiful, impressionistic style.

The artist, Marilyn Bendell was elected a Fellow of the Royal Society for the Encouragement of the Arts in 1965. She ran an art school in Longboat Key, Florida, with her husband, artist George Burrows. 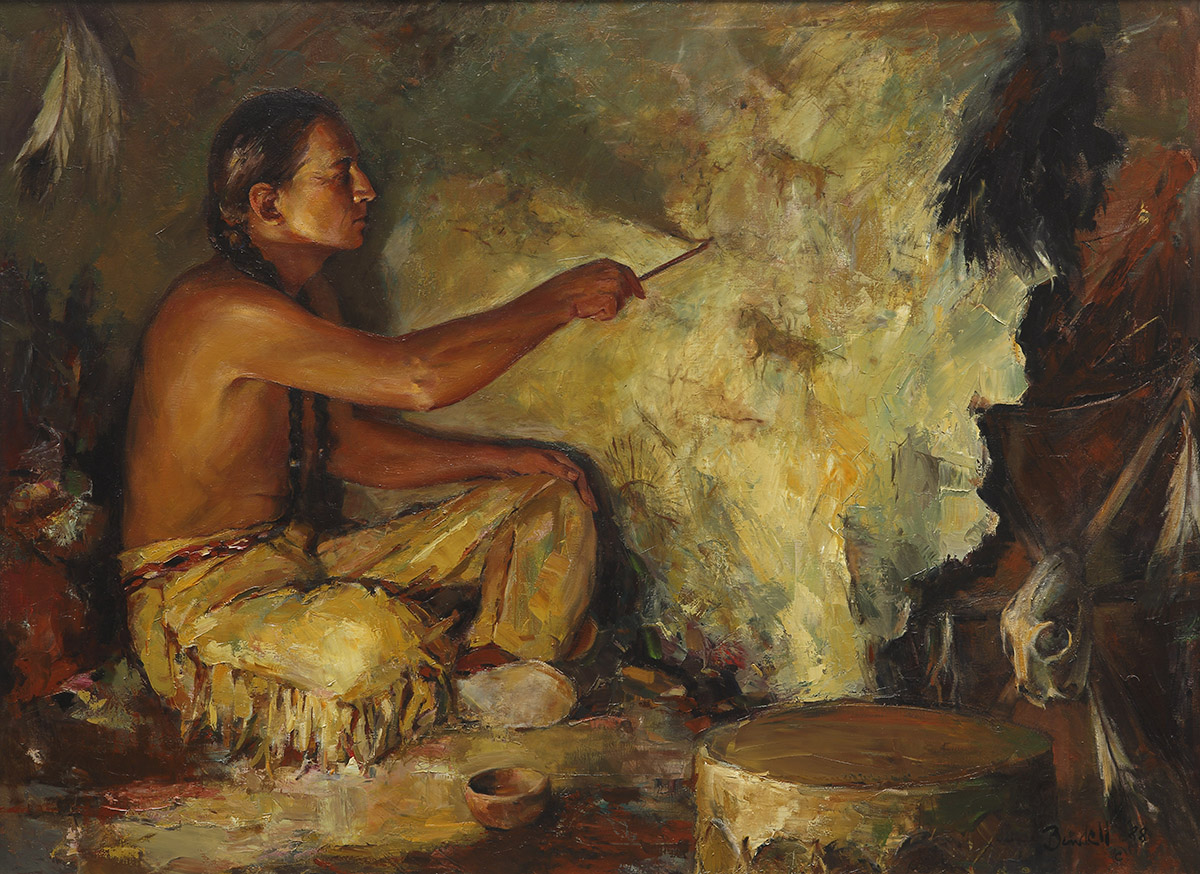 The detail and drama expressed in this emotional painting make it a featured piece of L&P’s collection.

The Western scenes depicted in Joe Grandee’s paintings were inspired by actual events between the 1830s and 1890s. To achieve perfection, he used original artifacts and clothing as models. The Smithsonian has determined that his 5,000-piece collection is one of the largest and most complete in the world. 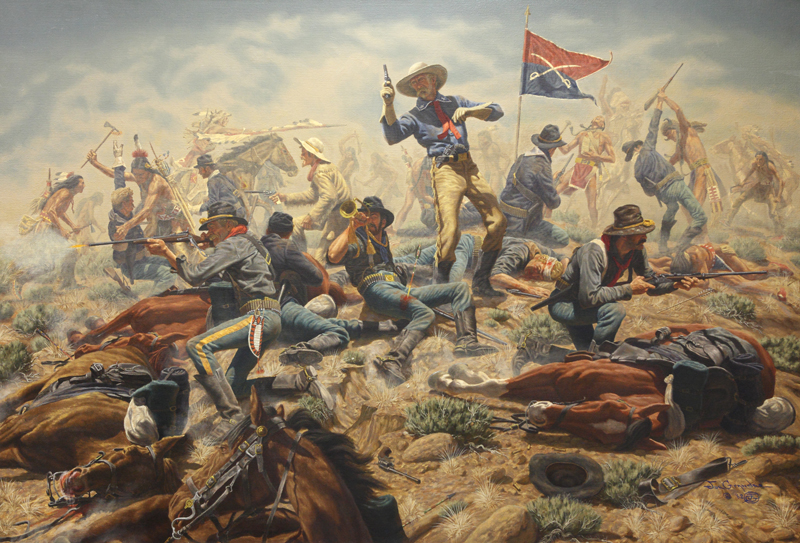 This artist’s bold, painterly style is showcased in this depiction of Indian dancers at a modern-day pow-wow. 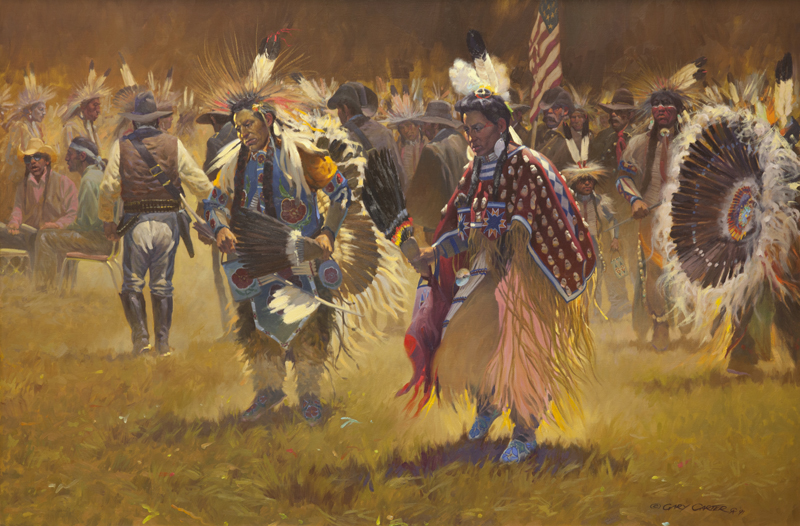 4. “Over the Great Sierra Range” by artist Roy Kerswill

L&P’s collection features 28 paintings by artist Roy Kerswill. This particular painting illustrates the extreme struggles faced by the pioneers in hauling their wagons up the cliff to cross the Sierra Mountains. 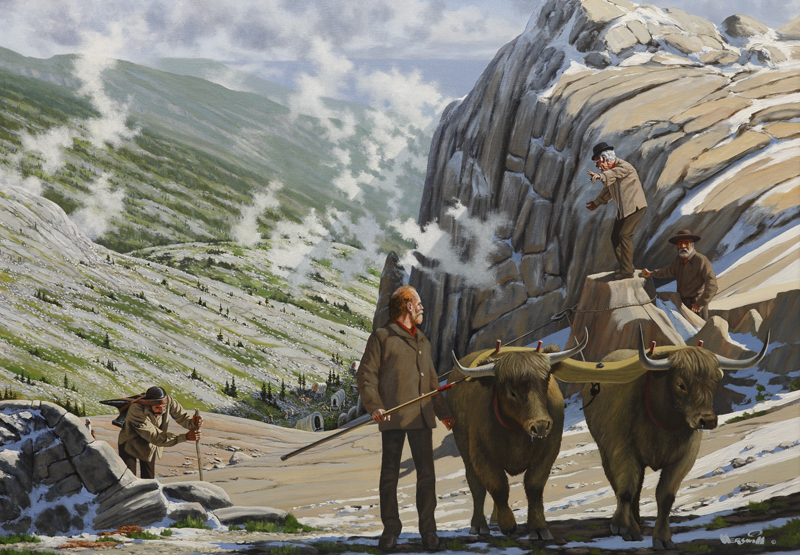 The dappled light on the Indians, hiding in the trees as another tribe passes by, make this an extraordinary painting.

For thirty years, Anderson lived in New York and Chicago working as an illustrator for National Geographic, Time, and Sports Illustrated. Later in life, he moved west seeking “peace and a place where he could be his own man in both his life and his art.” He was voted into membership of the Cowboy Artists of America in 1989.