Top 5 Fun Facts About Our Founders 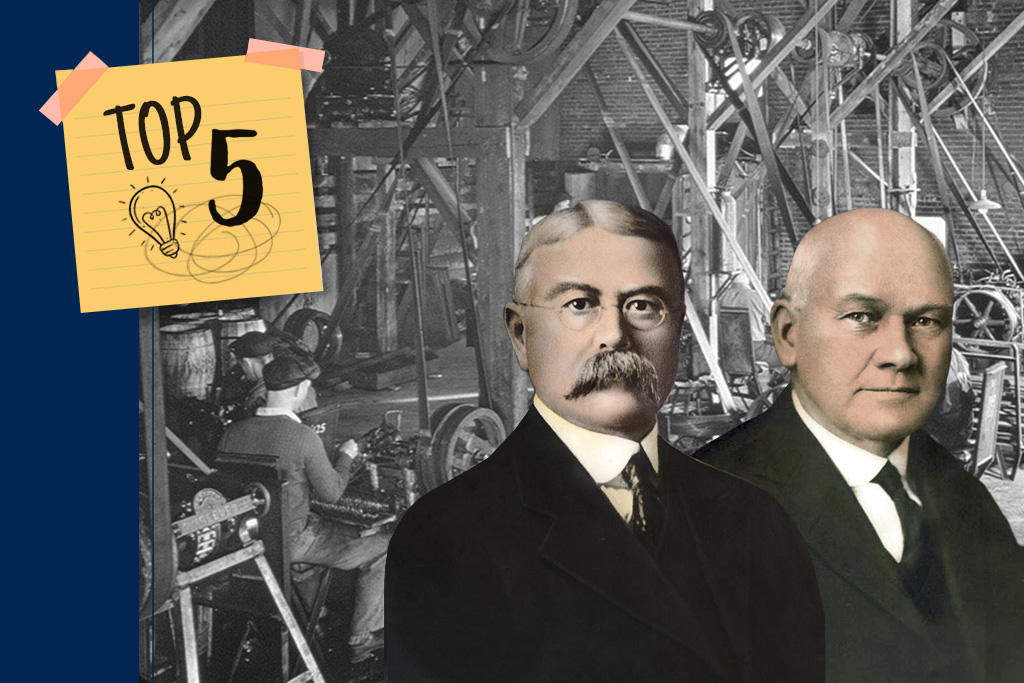 You already know that Leggett and Platt created an incredible company, but did you know they were also highly-respected community leaders? Here are our top 5 facts about the duo who started it all.

1. Joseph (J.P.) Leggett was the child of immigrant parents. After leaving England, his father became a prominent citizen in Pennsylvania and secured Joseph’s early education at the Millville Seminary – knowledge he surely drew upon throughout his life as an inventor and businessman. As a young man, Joseph worked in St. Louis for several years before moving to Carthage, MO.

2. Cornelius Platt was an (actual) pioneer. At the age of 10, he and his family traveled from Iowa to Carthage in a covered wagon to become one of the town’s early settlers. His father, a blacksmith, started C.D. Platt Plow Works – where the first coiled bedsprings were produced in 1883.

3. They were born entrepreneurs! Leggett and Platt knew their sales market was limited in Carthage, so they decided to hit the road. After loading a horse-drawn wagon with bedsprings they traveled to nearby towns, drawing crowds as they assembled springs and slats on the spot.

5. They loved life. Leggett spent much of his “spare” time inventing. He held patents for many ideas including a tea kettle lid, an endless necktie, and an automobile propelling system that was a predecessor of today’s front-wheel drive systems. He was also known as an avid hunter and fisherman. Platt loved to golf at the Broadview Country Club and was devoted to his church. He also owned Platt-Porter Co., a wholesale grocer best known for their fresh roasted coffee!